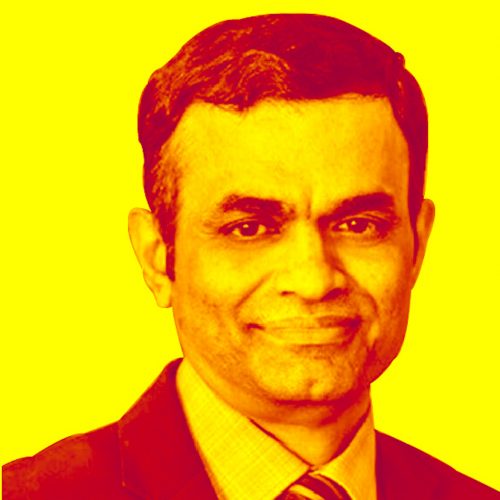 Ram Kumar is the Executive Head of Quantium Analytics Pvt Ltd, India. It’s parent company, Quantium is the No.1 pure play data analytics and AI company founded in Australia in 2002 and is one of the fastest growing analytics and AI companies in the world. In his role, Ram is responsible for the overall management and operations of the organization that serves as a Centre of Excellence for Analytics consulting, Data Product development, Technology Operations and Innovation serving the Quantium Group.

Previously, Ram was the Senior Vice President and Chief Data and Analytics Officer for Emerging Markets Division (23 countries in Asia Pacific and Latin America) of QBE Insurance and was based out of Hong Kong and Singapore. He also served as the Global Head of Data Strategy and Governance for the QBE Insurance Group. In his roles, Ram was responsible for defining and executing data and analytics strategy to build capabilities in the areas of Business Portfolio Intelligence, Customer Intelligence, Underwriting and Pricing Intelligence, Claims Intelligence and in defining and executing Data Strategy.

Prior to joining QBE in Hong Kong and then in Singapore, Ram lived in Australia for 25 years and his last role was with Insurance Australia Group (IAG), the No.1 General Insurer in Australia and New Zealand where he held several senior executive positions namely, as Group Head of Data and Privacy, as Chief Information Officer of Asia and as Group Chief Technology Officer. Ram played a key role in helping IAG expand in Asia in in particular, establishing the SBI General Insurance, a joint venture with SBI in India. Ram set up the first Chief Data Office and hired the first Chief Data Office in India in 2009.

Ram comes with over 30 years of solid background in various areas of IT including strategy, architecture, software development, infrastructure services, IT and Data security technology and data operations and this includes over 20 years’ experience in Enterprise Architecture. Ram also has over 20 years of solid background in data strategy, execution, data lifecycle management, data monetization, data privacy and ethics, data analytics and data governance including. He is a veteran in the field of data well before the whole data revolution commenced in recent times. He has a strong basic and applied R&D background in AI and Machine learning and was actively involved in this field between 1986 to 2005. His first AI based commercial project was in 1986 and his first Machine Learning driven data analytics commercial project using Big Data was in 1992.

Ram has published over 150 articles and is a regularly invited keynote speaker in conference globally and has spoken extensively. Ram is recipient of several IT and Data awards globally which includes Global Business CIO Award in 2014 and Global Enterprise Architecture awards in 2011 and 2014 from John Zachman, the Father of Enterprise Architecture. His work has been published as chapters in books. Ram holds a Master’s degree in Computer Science and Engineering and a Bachelor’s degree in Electronics and Communications Engineering with AI as the major in both.

All Sessions by Ram Kumar